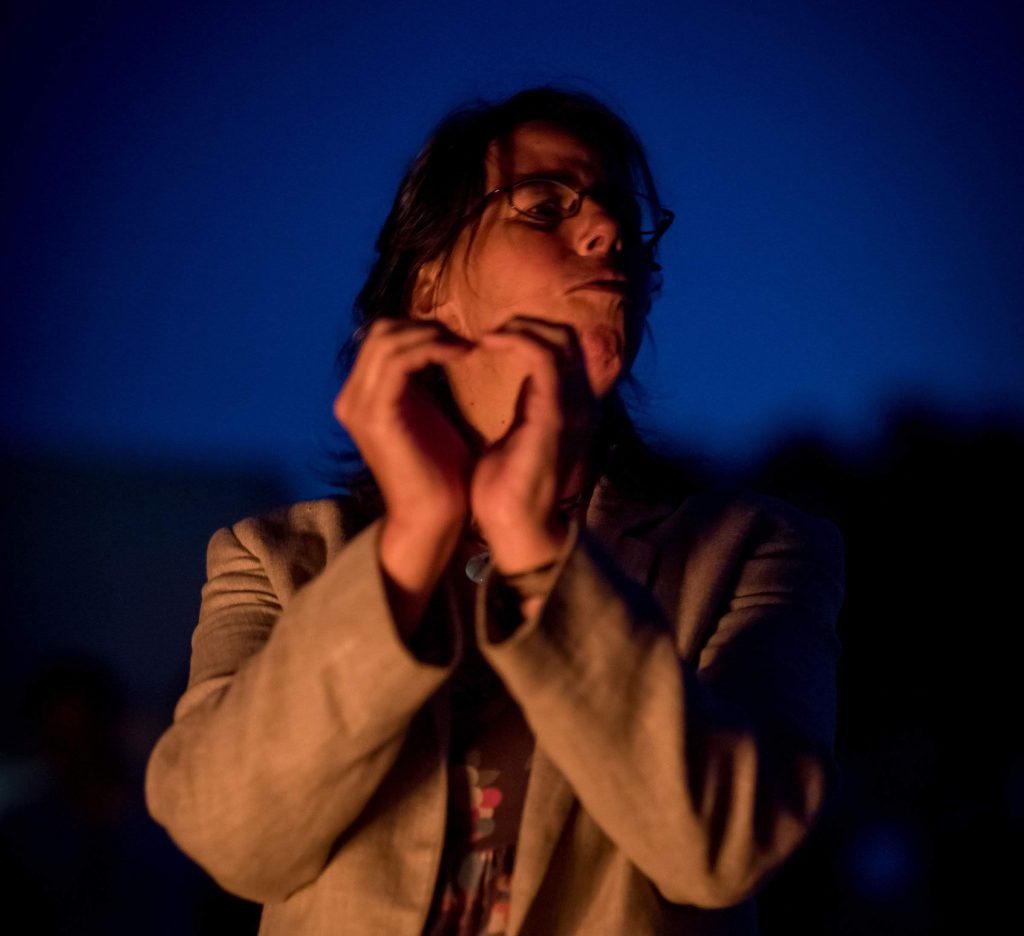 The Midwives of the Milky Way commissioned in 2019 for the Society of Homeopaths national conference.  This performance of stories and songs covers the mysteries of fertitility, conception, birth and moon cycles.

Did you know that we live in a galaxy formed from the breastmilk of a Greek Goddess? Or that to find a baby, if it doesn’t come easily, you might need to dig until you come out at the other side of the world? The magic and mystery of getting and birthing children weaves through story from Jewish legend to Irish tales of midwives and fairy ointment. In a specially created performance, we’ll visit a range of these sources, along with song that celebrates the role of the wise women in creating and nurturing life.

Rhiannon Unbridled – created in 2018 and first performed at Oxford Storytelling Festival, this show is now touring to venues in the south east and south west.

Rhiannon Unbridled takes the story of the Celtic Goddess Rhiannon out of its well-preserved Welsh Medieval manuscript in the Bodleian Library, and wrestles with it.  Jackie’s stories of her girlhood fascination with horses, and developing relationships with the opposite sex are interlocked with chapters of Rhiannon’s life, until the narratives collide in a need to rescue both modern woman and ancient goddess from the forces that bridle them.

Marigolds and Ashes (with Liz Rothschild) –  an exploration of death and remembrance, through storytelling, poetry and music, inspired by the Mexican Day of the Dead. “By turns sad, edifying and even funny. It brought the audience into a very reflective, heartfelt space.” Polly McLean on Marigolds & Ashes

A Silver Thread – a celebration of Old Woman (with Adele Moss)

She is Gold – a celebration of the Divine Feminine (solo show, designed by Su Page)